A basic introduction to the history and steps of evidence-based medicine, with a focus on the EBM resources held by the Whittemore Library. 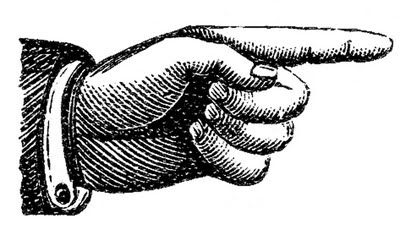 Each tab below offers several top sources of authoritative information about EBM. Links to other sites include a brief description of the resource.

While the field of medicine has always taken note of what methods (in treatment, diagnosis, etc.)  seem to be especially effective, dogma and tradition have nevertheless continued to have a large influence on the discipline.

One such pioneer was British epidemiologist Archie Cochrane (after whom the Cochrane Collaboration was later named).This experienced researcher questioned why the medical field did not, in general, pay much more heed to the wealth of quality statistical health care data that was available.  He also pointed out that the randomized-controlled trial is the research design that most reduces the type of biases that  can skew research results and make it more difficult to analyze them and draw conclusions.

Around the same time, a number of other researchers also became aware that research data could be useful for the practice of medicine, even as they pointed out that not all research was of sufficient quality to be used in that way - evidence also  had to be assessed before it could be used.  There was also a recognition that there was a gap between regular basic / 'bench' science and how quickly that new knowledge could become information that would be helpful in the clinic.

A few decades later, in the nineteen-ninties, several researchers from McMaster University in Toronto, Canada (including David Sackett and Paul Guyatt), coined the term "evidence-based medicine", also known as 'EBM'. They promoted this new research method, which had deliberately been designed to be an easier, more efficient way for busy clinicians to find articles that reported the results of clinical research. EBM also included an assessment component. This was all meant to help clinicians make more effective medical decisions in areas such as diagnosis, treatment or prognosis, leading to better outcomes for patients.

Although it took a while for the method to catch on, in the ensuing decades, EBM has become widely-adopted in the entire field of healthcare, heavily contributing in areas such as treatment Guidelines. While there remain valid criticisms of the EBM method in the field of medicine, and while not every clinician will end up carrying out EBM extensively during their day-to-day job duties, because of the near-ubiquity of the methodology, it is important for them to understand and gain some experience in carrying out the steps of the process.

For much more about the history of EBM, watch JAMAevidence's Evidence-Based Medicine: An Oral History.

Evidence summaries; meant to support clinicians in decision-making at point-of-care.

Each tab below offers:

Finding Articles in Databases at FSU: