Here you'll find a student-generated guide to writing and composition.

Converting Between Active and Passive Voice

A common way the passive voice spreads out the action in a sentence is with a "by" phrase. For example, "the ball was hit by the bat."

To change this into the active voice, you want to move the subject to the beginning of the sentence: "The bat hit the ball." 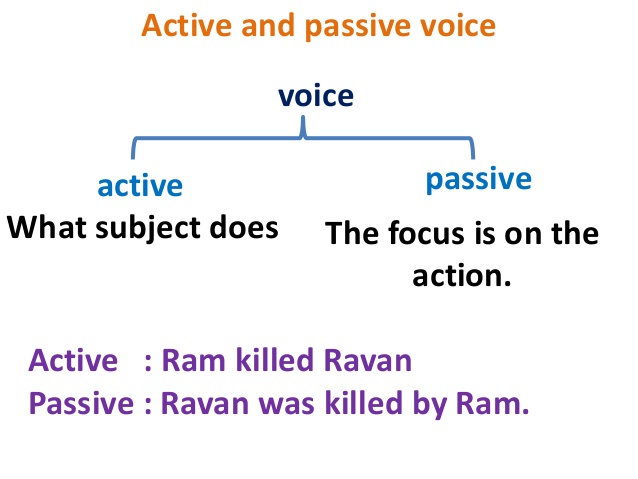 Quick and Easy Comparisons Between Passive and Active Voice

Correct (active): In 2008, Barack Obama gave his inaugural speech after being elected and sworn in as president.

Explanation: This passage would be stronger using an active voice rather than a passive voice because the subject and the action are hidden. In the second sentence, the speech was introduced first, but the subject came so late that the writer felt the need to repeat it for clarity.

Incorrect (passive): On Tuesday, the weather was being given on TV by chipper meteorologist Cindy Smith who was being a fill in for John Holly who was sick.

Correct (active): On Tuesday, meteorologist Cindy Smith filled in for John Holly, who was sick.

Explanation: The subject in this sentence is unclear and the sentence as a whole is unnecessarily long.

Incorrect (passive): The race car driver was given instructions by his crew chief while he was switching lanes back and forth trying to win the race.

Correct (active): The crew chief gave the race car driver instructions while he was driving.

Explanation: The sentence in a passive voice buries the action.

This page was created by/ MLA Citations

“Use the Active Voice.” University of Wisconsin-Madison, www.writing.wisc.edu/Handbook/CCS_activevoice.html.

Wolfson, Mariel. “Active vs. Passive voice: What’s the difference? What should I use? And why does it matter?” American Journal Experts, www.aje.com/en/arc/writing-with-active-or-passive-voice/.